“And David behaved wisely
n all his ways, and the Lord was with him… all Israel and Judah loved David. “ 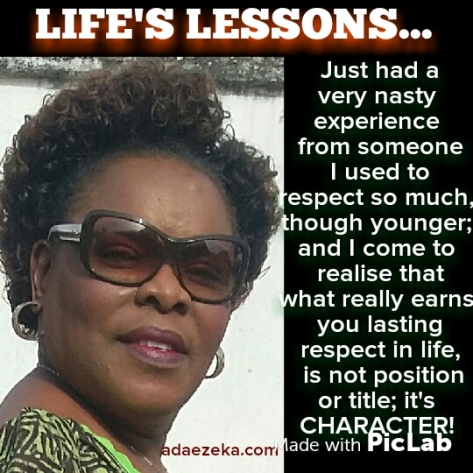 In our ratings and approval of people and ourselves, let us begin to place Character, over and above title, position and possessions.

This mistake I believe is the reason for vices like pride, overestimation of self, greed, covetousness, etc. People no longer care what they do how they do it; or where they go to get a title, position or wealth, just so that they can be accepted, or so they can belong. Now, it’s all about status symbol, names and connection!

DO YOU WANT RESPECT?

I have come to realise that what earns you lasting and enviable respect in life is character! Any respect based on anything else but character, quickly evaporates at the instance of the manifestation of any character flaw! It’s such a shocking reality.

Character is a product of exposure to the right environment, right
information/knowledge, right company and a polished and functional mindset that comes from a quality fellowship with God and his Word. It is also a product of your value for people…

Let’s change our style! Let’s begin to redefine our values and priorities in life…

Those who can’t catch a picture of tomorrow kill/deform/eat up their future today!

IT’S ALL ABOUT MINDSET

However, it’s all about mindset! It’s all about perspective! It’s all about vision! Those who can’t see their tomorrow today, will never have a tomorrow to arrive at and enjoy when they get there! It’s such people that live at the mercy of others. It’s such people that become a menace to the society, and a stumbling block for others!
They’re the ones that abuse opportunities and privileges when it’s given to them! They’re  the ones who resort to armed robbery, the occult, cultism, 419, money laundering and looting when they enter their tomorrow  – because they must now make it by all means…

Don’t sell you for things and momentary pleasures! Your future is in you! All that you’ll ever be or possess in life is in you! Don’t damage you! Don’t trade you for anything man has to give you! If you lose you you lose all – your tomorrow and all you could have ever been or have.

The “birthright ” is you in God’s original mold and packaging – so rich,so adequate,so complete and good enough for the glorious and fulfilling future, destiny and purpose God has planned for you. Then education or what else comes from outside, is just to draw out, and enhance the release and performance of the you in you!
(Proverbs 5:20 – ” Counsel in the heart of man is like water in a deep well; a man of understanding draweth it out… “)

Esau lost all that he could have been, all that he was ordained to have and become for momentary physical satisfaction. When he lost his birthright to Jacob, he also lost all the privileges and opportunities and empowerment God had calculated into his destiny to take him there. Read the story in Genesis 27; you”‘ll understand what I’m saying. He then lived all his life bitter and seeking revenge.

Now, the most scary thing about selling you (your birthright) is that you also sell the destiny of your future descendants along with it! Wow!
Read about Esau’s descendants in the Bible! Anyways, what else could we have expected of a man of whom God said,  “Esau I have hated.. “, from when he was in the womb!

Really people, let’s be careful about our choices and decisions today! It matters to our tomorrow, and that of generations after us. Selah. 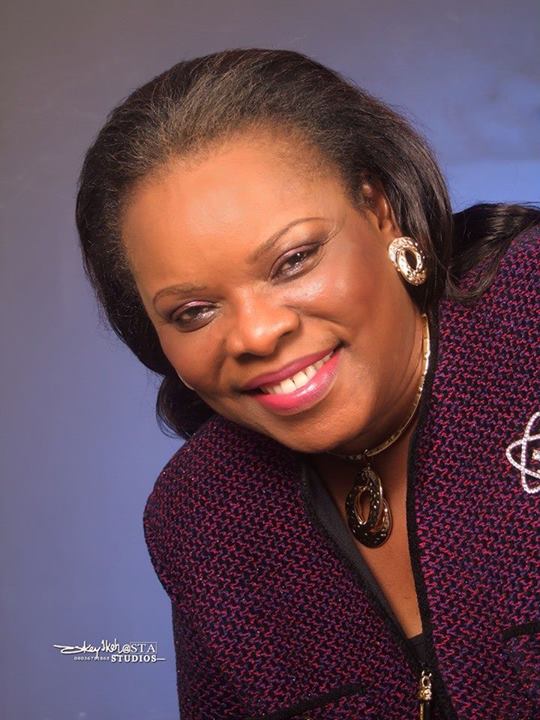